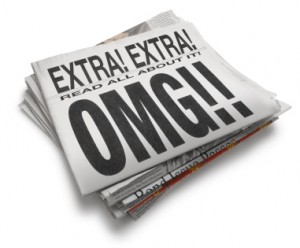 So what are these chemicals additives and how is it that the FDA allows soft drink producers to add them to their products?

So what does that have to do with soft drinks?  As it turns out, brominated vegetable oils are added to many soft drinks to keep the citric acid flavoring from separating from the rest of the soda formula.   Brominated vegetable oils have been used as food additives like this since around the 1930s however in 1970 the FDA removed the substance from its “Generally Recognized as Safe” list.

Still, after research presented by the soft drink industry the FDA succumbed to pressure from the Flavor Manufacturers’ Association and granted the substance “interim approval” limiting its use to 15 parts per billion.  That was 35 years ago and, despite earlier findings and drastic increase in consumption of beverages containing BVO, the FDA says that reviewing the safety of this substance is “not a public health priority for the agency at this time.”

Meanwhile in the rest of the world….

Sodium Benzoate is used in most soft drinks and many foods as a preservative.  As a stand-alone, it is generally considered safe.  The problem with sodium benzoate in soft drinks is that it doesn’t stand alone.

When combined with ascorbic acid – a common ingredient in soft drinks – sodium benzoate has been proven to form benzene which is known to cause cancer.

In 2005 the FDA detected benzene in a number of soft drinks at or below the 5ppb “acceptable level” with several brands (unnamed) containing levels up to 15 times higher than the FDA’s acceptable guidelines.

Benzene levels in food, beverages, and water supplies are regulated because of its known carcinogenic effects.  Benzene has been found to cause cancer and bone marrow failure.  Research has consistently shown that benzene is linked to many forms of leukemia, blood disorders, and bone marrow abnormalities.

Given that most people are exposed to benzene on a daily basis from other sources – fumes in and around gas stations, cigarette smoke, and drinking water are a few examples – the additional benzene intake from consuming soft drinks should, at the very least, cause you to think twice before popping the top on your next can of soda.

People reach for a soft drink to either quench thirst, satisfy a craving or in some cases instead of a meal or snack.

All-natural fruit juices are filling and can satisfy sweet cravings.  They also have nutrients that help the body rather than chemicals that are known to harm the body.

Reaching for a glass of ionized alkaline water will not only quench your thirst better than soft drinks, but it will also provide your body with nutrients and antioxidants to promote health rather than break it down.