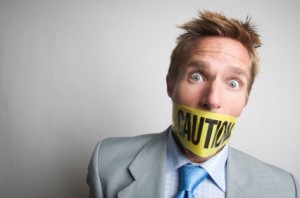 Americans consume carbonated drinks at the rate of about 13 billion gallons a year.  In schools across the country, soft drinks are replacing milk in our children’s diets at an incredible rate.  Between 1985 and 1997 school districts across the country decreased their milk purchases by over 30 percent while the amount of carbonated beverages purchased for resale at schools has steadily increased.

From 1977 to 2001 alone, American’s doubled their consumption of sweetened beverages while over the same period, obesity rates have also doubled.

One study which followed 548 children over a 19 month period found that as soft drink consumption increased, so did the body mass index of those students.  Each soft drink consumed increased a student’s BMI by almost a half a pound.

Another study showed the association between calcium levels and soft drink consumption in children.  In this study, children who drank more than four 12 to 16-ounce soft drinks per week had significantly lower blood calcium levels than those who did not.  This corresponded with research showing the risk of bone fractures in adolescents consuming soft drinks on a regular basis was three to four times more likely.

For children and adults alike, those consuming soft drinks on a regular basis showed lower blood calcium levels, increased risk of bone fractures and a significantly higher incidence of obesity.  If you think “diet” sodas get you off the hook, think again.  While obesity rates were lower in those consuming artificially sweetened soft drinks, blood calcium levels were lower and risks for bone fracture and/or tooth decay were still higher.

Anyone who doubts the bone-destroying power of soft drinks need look no further than a recent lawsuit against Pepsi-Co.

In the lawsuit filed by an Illinois man against Pepsi Co., the plaintiff alleges he found a mouse in a can of Mountain Dew.  Pepsi Co’s defense?  Impossible.  The company’s lawyers offered expert testimony that the mouse would have dissolved in the can of soda in the 15 months between the time the soda was packaged and the time the plaintiff opened the can.

Excess acids in the system are consistently linked to weakened immune system function and a wide variety of diseases.  The alkaline ionized water industry has boomed as a result of growing consumer awareness of the harmful  effects of acids in the body and the benefits of drinking ionized alkaline water to regulate the body’s pH.

Battery acid has acidic pH of 1.0.  Most soft drinks have an acidic pH in the 2.5 – 3.0 range.  According to the Minnesota dental association, the threshold pH for dissolution of tooth enamel is 5.5 pH.

A person would need to drink 5 to 8 glasses of ionized alkaline water at a pH of 9.5 to counter the effects of one serving of soda. 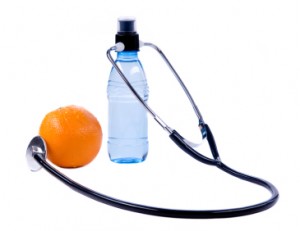 Where soft drinks have a negative impact on health and no hydration properties, water hydrates and helps flush toxins from the body.  Increased consumption of water has been linked to weight loss, improved skin conditions and better digestive function.

Ionized alkaline water, being restructured at the molecular level to reduce surface tension and increase cellular absorption rates, safely and effectively hydrates the body.  Many athletes are now turning to ionized alkaline water for its superior hydration properties without the “crash” that can be associated with sports drinks.

Where soft drinks increase body acidity and are associated with calcium loss, ionized alkaline water alkalizes the body by helping with the elimination of toxins which perpetuate an overly-acidic system.   The body not only benefits from the increased hydration properties of ionized water but also the minerals found in most water as the body absorbs these minerals at a higher rate.