Kangen Water – Is it Better for You? 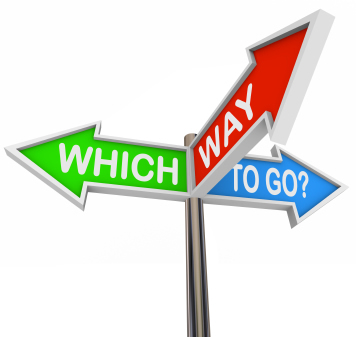 I’m not going to dispute that – instead, I’m going to explain how a Kangen Water Machine works in comparison to “water ionizers” that are sold by every other company.  Then you can decide for yourself.

When you jot down a quick list of things to pick up from the store for a runny nose, chances are you don’t put “facial tissue” on the list.  If you’re like most people, you put “Kleenex” on the list and then buy whichever “facial tissue” looks like it might do the job best with the least amount of irritation to your sore nose – and you may even take the design on the box into consideration – no sense looking at an ugly box when you’re already suffering, right?

Same thing with ionized water and Kangen water – they’re both the same, only the “brand name” is different – and the design of the unit – no sense looking at an ugly machine on your counter when you could have something that blends in better with your kitchen décor, right?

If you still have doubts, let’s take a look at a comparison of Enagic’s best-selling “Kangen Water Machine,” the Enagic SD501,  side by side with a few other top-selling water ionizers.

This chart compares the basic function of each machine, the process it uses to perform that function and the key components used in the process.

Some water ionizer companies use textured or “mesh” electrodes because of their proven ability to enhance electrical conductivity (most electrolysis chambers used in hydrogen fuel cell technology use textured/mesh plates for this reason).

Some water ionizer companies opt for SMPS power systems for a more consistent electrical current while others use the older transformer power systems.  (SMPS systems typically offer a longer warranty because they reduce fluctuations in the electrical current which generate heat that ultimately causes wear on the system’s electrical components). And now, some of the top ionizer companies have upgraded their units even further to include the newest SMPS Plus technology. Enagic is not one of those companies.

No matter what the unit itself is called, they ALL produce ionized water in simultaneous antioxidant alkaline and oxidizing acidic streams.

The ionized alkaline water produced by ALL of these machines has been used successfully for decades to reduce toxins in the body, slow the aging process, provide enhanced hydration and help reduce the need for medications to treat many age-related diseases.

The ionized acidic water produced by ALL of these machines has been used successfully for decades to treat chronic skin conditions, for general topical first aid purposes, improve the tone and texture of the skin and reduce germs and bacteria on surfaces.